Minority Parliamentarians are asking Ghanaians to brace up for a 60 per cent increase in electricity tariff as a new manager takes over operation of the Electricity Company of Ghana (ECG).

Power Distribution Services (PDS) Ghana Limited is set to take over from the first of February this year.

Meralco Consortium, which won the bid to take over the operations of ECG, has majority shareholder of PDS.

Minority Spokesperson on Energy, Adams Mutawakilu, told Joy News because ECG’s debt is ballooning towards GH¢ 2 billion, the new manager will be forced to raise tariffs to survive.

According to him, the energy sector is in crisis because of the ECG’s huge debts which he blames on government’s decision to reduce electricity tariff last year.

Millennium Development Authority (MiDA) awarded the operations, investment and management of ECG to Meralco Consortium in April last year following the completion of international competitive procurement process and evaluation of the proposals received for the ECG Concession. 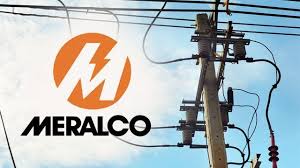 The Meralco Consortium is led by the Manila Electricity Company of Philippines, which covers a third of the Philippines and served a customer population in excess of six million.

Mr Martin Eson-Benjamin, the Chief Executive Officer (CEO) of MiDA, who made this known at a media stakeholders’ engagement in Accra, said all the interested parties and three agreements to the contract had been signed, while Parliament had also approved the deal.

He said the Authority was given 180 days to work on the conditions of the transfer and was optimistic it would meet the deadline on February 1.

He gave the assurance that all the outstanding issues pertaining to the contract would be resolved after the transfer.

The CEO of MiDA allayed any fears of laying-off ECG workers, noting that, those concerns were discussed with the incoming management and any breaches would be consequential to them.

About $350 million of the grant is being invested in ECG to make the country’s power distributor operational and financially efficient.

Mr Eson-Benjamin said the nation completed the second year of the Power Compact on September 6, last year, noting that, on that fateful day, the US government fulfilled its pledge by giving the Government of Ghana $490 million grant under the agreement.

In the past two years, Mr Eson-Benjamin said the Authority used it for engagements with the implementing entities and other stakeholders and believed 60 per cent of the preliminary works had been done and would commit $212 million to the project in the third year.

Under the Power Compact II, six projects would be implemented to address the root causes of unavailability of power in some parts of the country.

The rest are Power Generation Sector Improvement Project and Energy Efficiency and Demand Side Management Project, Social and Gender Integration, Environmental and Social Performance and Monitoring and Evaluation and Economics (M&EE).

The Government of Ghana signed the Power Compact II with the Millennium Challenge Account (MCC), an independent United States government agency on August 5, 2014.

Ghana would receive $498 million grant under the Compact to improve the performance of the country’s power sector, unlock the country’s economic potential, create jobs and reduce poverty.

The Compact is being implemented by the Government of Ghana through the Millennium Development Authority.